Contrary to popular belief, aluminium isn't an alloy of other metals: it is in fact an element, and a common component of the basic makeup of the earth. It's not usually found in lumps, however, and generally needs to be smelted out of any one of a wide range of minerals. Aluminium has been used in construction for generations and has a large number of applications--so what are some of the most important? Read on to learn a little more about the professional uses of this massively versatile metal.

Aluminium sheets are, of course, the most widely-used form of aluminium. This is because they're inexpensive, lightweight, easy to transport, easy to work with and easy to source! They're used anywhere that needs a weather-proof, tarnish-proof material that isn't load-bearing and doesn't need to support weight in the long term. The most common applications are as roof panels, wall cladding or for doors and windows, especially for double-glazed models.

Aluminium foam is complex and costly to produce, but has some unique applications in certain specialised environments. It makes a great filter in high temperatures, as its melting point--while low for a metal--is obviously a great deal higher than that of plastics and other more commonly used filtration materials. It's mostly found in high-end technological situations or inside thermonuclear experimentation devices.

Aluminium tubes are sometimes used as part of the load-bearing system for temporary structures. The tubes are inexpensive and therefore a good choice for this, but, unlike steel, the tubes will eventually buckle under pressure because it's not suitable as a load-bearing material in a permanent structure even if the load is only intermittent. This means that they're used for things like sheds and portacabins that aren't intended to last long or to support furniture and lightweight structures rather than integral parts of the building.

Aluminium paint is more durable and less prone to flaking that most comparable paints. It can be used to render a surface light reflective, as well as sometimes being employed by architects and designers for its aesthetic qualities. It's important that such paints are only applied by construction professionals with the proper training and equipment, as they can be tricky to work with and are potentially hazardous if misused.

Aluminum shells are highly moulded forms of aluminium that combine versatility and conductivity with being both lightweight and affordable. They're generally found as the chassis of almost any construction tool or vehicle. 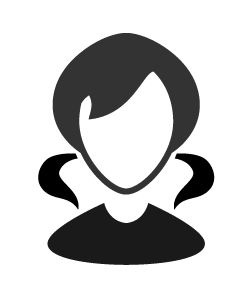 When Planning a New Home Build, Who Is the Most Important Contractor?
23 November 2022
When you want to build a brand-new home on virgin land, you may look forward to its completion and be keen to get the work done. In this case, you may …

What Your Building Inspector May Find
14 July 2022
When you are selling or purchasing a home, you may know building inspection services are necessary. Most homeowners and home buyers know a few of the …